Collecting coins is one of the great American pastimes. There is no collectible hobby, with perhaps the exception of collecting baseball cards and stamps, that is so distinctly American and, without a doubt, absolute fun. If you're interested in collecting coins, it's important to familiarize yourself with the vernacular and culture of the community. When it comes to grading coins, you should become familiar with the "industry" standard: the Sheldon coin grading scale. Throughout the course of this brief article, you'll learn exactly what the Sheldon coin grading scale is, how coins are graded, how the grade responds to the value of the coin, and finally, a bit on how to grade coins yourself.

What Is The Sheldon Coin Grading Scale?

The Sheldon coin grading scale was developed in 1949 by Dr. William H. Sheldon. It is, essentially, a way to describe the condition of any given coin and has since gone on to be the standard method of grading coins throughout the country and many other parts of the world. All of the major coin grading companies across the world tend to use Sheldon's method. It operates on a 70 point scale, with 1 indicating a coin in poor condition, meaning that the coin is clear enough to identify, but is otherwise in very poor condition, and 70 indicating an absolute mint state, with no signs of wear, no hairline scratches or fractures, at least to the naked eye, perfect in every way.

How Are Coins Graded?

As mentioned earlier, the Sheldon scale is a 70 point scale that indicates the state of the coin. In most professional cases, industry standard coin grading companies grade the coins, especially ones that are going to market or are being put up for auction. Many professionals, who have studied Sheldon's method for years, have spent hours of quality time discerning how coins correspond to Sheldon's method. Although almost all individuals who collect coins are somewhat familiar with the method, the individuals who work for such companies are absolute experts.

How Do Grades Correspond To Value?

This is not an easy question to answer. A newly minted coin, of course, will easily score a 70 on Sheldon's guide. Having said that, due to the fact that it is newly minted and mass-produced means that it ultimately is probably worth the exact amount of tinder ascribed to it due to its commonality and newness. An older coin with a much rarer press can be worth significantly more, despite the fact that its score could be quite a bit less than the newer coin with a score of 70. One thing is for certain, coins of the same press will be worth more if they score higher on Sheldon's guide compared to the same coin of the same press that scores less on Sheldon's guide.

How Do I Grade My Coins Myself?

It is not recommended that you grade your coins yourself if you decide to put them on market or up for auction. However, if you simply wish to grade coins for your own amusement or interest, it is recommended that you speak with someone who has spent time using Sheldon's scale in the past, or pick up the most recently published copy of Sheldon's guide for details on how to accurately grade a coin. You should remember that, like most things in life, grading coins using Sheldon's guide requires a great deal of practice and ultimately, failure. Like riding a bike, you should pick yourself up, dust yourself off, and start over again.

Sheldon's coin grading scale is, basically, the final word on how coins are graded throughout the world. Hopefully, you've learned a bit about what the scale is, what it entails, and the beginning steps on how you can start to grade your own coins. You can click here for more info on coin appraisals. 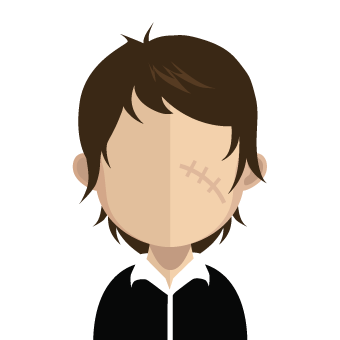 Hey, it's Rick Vhamer here. I'd like to discuss outdoor Christmas displays with you on this website. The Christmas season gives people a reason to decorate their homes and yards from top to bottom. Displays may include Santa Claus, reindeer and snowman in great quantities. Many displays also showcase bright lights, beautiful bulbs and snowy townscapes. I hope to share all of the different ways you can decorate your home for this fun holiday. My site will include decorating strategies that make it easy to put up and take down holiday displays. I hope to explore the history of these decorations and their designers as well. Please take the time to visit often and stay updated on this subject. Thank you for visiting my website.

How To Care For Your Tungsten Wedding Ring - 19 November 2019

La-La Land And The Mattresses That Take You There: Which Will You Choose? - 10 October 2019

Going To Try Vaping For The First Time? Things You Will Need From Your Local Vape Shop - 9 August 2019